Contracting in the Renewables Sector 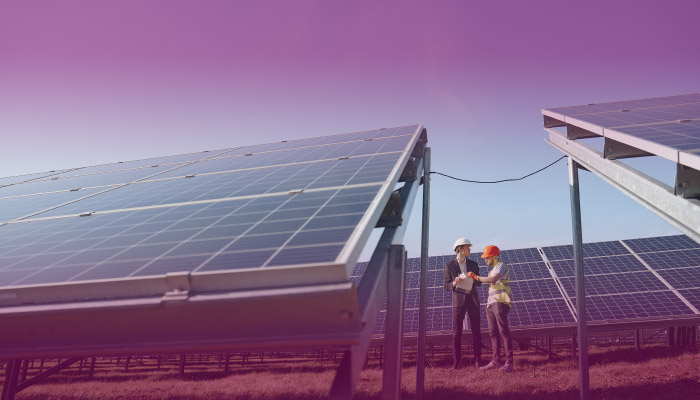 In his Summer Economic Statement, Chancellor Rishi Sunak announced a ‘green homes scheme’ that will make homes across the UK more energy efficient while also creating thousands more jobs in the construction sector. With the government looking to capitalise on the environmental benefits of lockdown, green policy is expected to play a big part in the UKs Covid-19 recovery plan.

As factories closed their doors around the globe, the global oil and gas industry crashed during the pandemic. Although Covid-19 was the last straw, the industry has experienced three major crashes in the past 12 years. With so many sustainable and clean sources of energy entering the marketplace, gas and oil has some major changes to make before re-entering the game as a strong competitor.

In June, BP forecast the price of oil would be a third lower than expected for decades to come, before revealing plans to cut its workforce by 15%. Royal Dutch Shell also announced a £17.5bn write-down with its gas business expected to take the brunt. Meanwhile, official data showed that renewable energy made up 47% of the UK’s electricity generation in the first three months of the year. This smashed the previous quarterly record of 39% set last year.

Renewable energy sources make economic sense. Not only are they cheaper once implemented, with sufficient investment, it’s forecast that green energy could potentially boost global economies by 2.4% by 2050, adding a whopping £78 trillion to worldwide GDP. Renewable energy is also more diverse than fossil fuels, with the ability to generate more energy domestically, thereby reducing reliance on international supply chains.

Although Covid-19 has caused inevitable delays with projects, a massive expansion of renewables is expected to be part of the UK’s rebuild plan. Investment areas include windfarms, solar panels and hydro power plants, as well as bioenergy generated by burning wood chips instead of coal. A UK-wide hydrogen strategy with an investment figure of up to £1.5 billion could potentially sustain hundreds of thousands of high-skilled, green jobs across the UK.

In the US nearly 3.3 million Americans now work in clean energy, outnumbering fossil fuel workers by 3-to-1. Figures indicate that the UK is going the same way, which presents contractors with an opportunity to transfer their skills and knowledge from the oil and gas sector to the renewables industry, which currently has a significant skills deficit.

Most skills are completely transferrable between Oil and Renewables. Supply management, manufacturing, installation and construction are all areas that offer good alignment between the two markets. While both sectors need many of the same key skills, the difference in terminology can results in misunderstanding and lack of awareness when it comes to recruitment.

The Chancellor pledged significant funding for thousands more careers advisors, including a special scheme to help people who have been out of work for less than three months to migrate their skills into other areas. There are also grants available for training, particularly in areas where specific skills are in short supply. It’s worth speaking speak to a careers advisor at your local job centre to see what your options are.

One of the benefits of bringing in contractors from the oil and gas industry is that they bring onboard expertise from a more established and developed industry. For contractors making the transition to renewables, sustained growth and investment makes it both a secure and lucrative option. Attitudes can also be more enlightened than traditional energy industries, with more emphasis on worker’s rights, pay transparency and work-life balance.

If you’re starting a contracting role, Umbrella Exchange have access to a wide range of hassle-free services that can help you with setting up a limited company or finding the right umbrella company for you. To talk to a member of our team, call: 0203 393 3881