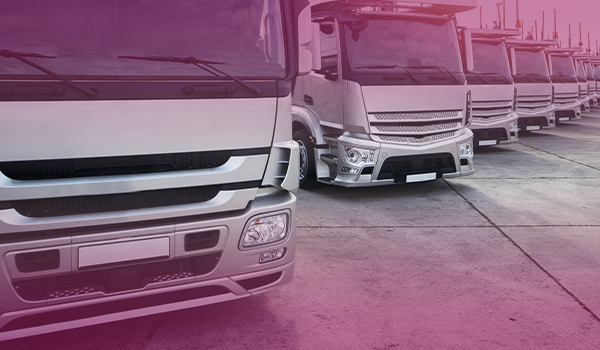 Just last week petrol station giants BP and Tesco warned of restricted fuel deliveries to their forecourts across the country. In a press release dated 24th September, BP announced closures to some sites due to “delays in the supply chain which has been impacted by the industry-wide driver shortages across the UK”.

Fuelled by the announcements, much of the country entered a state of panic with mayhem unfolding over the weekend as people scrambled to get petrol and diesel. Much like at the start of the pandemic when mass toilet roll buying ensued, chaos has erupted at sites across the country with fights breaking out and threats being made against petrol station workers.

So, how did the problem begin?

It’s no secret that shortages of products and labour have increased since the start of the pandemic. Coupled with Brexit, many industries have faced supply chain impacts. A recent report from Grant Thornton cites that since the start of the pandemic 1.3m foreign-born workers had left the UK and were yet to return. According to the Road Haulage Association (RHA), there is a UK shortage of more than 100,000 qualified drivers, when the industry once had over 600,000 drivers in the UK.

Not only affected by Brexit, Covid, and the ‘pingdemic’, the industry is now pointing a finger at the much maligned IR35 regulations for staff shortages. Following IR35 reform in the private sector earlier this year, agencies who supply HGV drivers have seen a 25% increase in the cost of employment. Many agencies have been forced to pass the increased cost on to their drivers and clients, or go bust. In a recent report the RHA stated “The introduction of IR35 has resulted in agency labour withdrawing their services as low-profit margin logistic businesses (typically 2-3%) cannot sustain demands for £5-£6 per hour rate increases.”

The RHA surveyed all their member hauliers in June and found the 40 largest hauliers had over 3,000 vacancies. Following analysis of the trends, the larger hauliers all cited IR35 as the key reason for the current driver shortage crisis. Of all respondents, 53% cited IR35 as a reason behind the shortages. When asked how long it took to fill the most recent HGV vacancies, the most frequent response stated 8+ weeks. When asked how many applications were received, the most common response was 1-10 applicants.

Among the motorists pleading for an end to the panic buying are many key workers. Ambulance crews, teachers, doctors and nurses are among those affected by the fuel shortages and resultant panic buying, with one nurse getting up at 2am to try 5 petrol stations, only to return with no fuel.

The Unison union has called for the government to open petrol stations specifically for essential workers, to ensure they can get the fuel they need to get to work. The Royal College of Nursing said “Health and care services, already struggling with widespread staffing shortages, cannot afford to lose any more staff because they’re unable to travel…in light of these supply problems, health and care workers need to be a priority or patient care will be compromised”.

Getting back on the road

In the week Boris Johnson has declared we are “now stabilising” on the fuel shortage road to recovery, many industry experts don’t believe this will be enough. Whilst not calling out the Government on IR35 reform, The RHA has stated “We welcome legislation that ensures fair and equal tax for all”. They continued, “government must now recognise the repercussions…and urgently intervene to help us resolve the resulting crisis”.

To find out more about IR35 reform you can read our updated guide. Umbrella Exchange has access to a wide range of hassle-free services that can help you with setting up a limited company or finding the right umbrella company for you. To talk to a member of our team, call: 0203 393 3881.